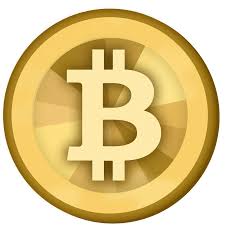 There has been lots of interest in this virtual currency or more appropriately described as cryptographic transaction medium called Bitcoin. One Bitcoin at the end of Nov 2013 is worth over US$1,000 making it coming close to the price of one ounce of gold (about US$1,250 on Nov 29, 2013).

I have done a lot of digging of information about Bitcoin to learn about this concept and am sharing my learning in this post.

The Economist has a series of good articles on Bitcoin:

1.  This article is a brief summary about how Bitcoin works.

2. Despite Bitcoin system claims of anonymity for the users, there is a trail that is really relatively easy to be picked up. This has been demonstrated by researchers in the University of California, San Diego. The Economist also gave a good coverage in this article. This trail was how the drug dealing site, Silk Road was nailed by authorities eventually.

3. Keeping the Bitcoin ecosystem going requires lots of computing power that is ever increasing. Bitcoin is a cyptographically generated virtual currency that has no backing by any government or precious metal. It is generated when “miners” using huge amount of computing power solve complicated mathematical problems (that are getting increasingly difficult). The miner who solve the latest problem will be given a reward of 25 Bitcoin (currently). The next problem will be harder and progressively so. The entire ecosystem is too taxing and there is not fixed rule for the game, making the system very flexible but also fragile. The Economist has a great article covering the technological challenge for the Bitcoin ecosystem.

4. Because of the fact that Bitcoin has risen in value from US$15 a year ago to US$1,070 at one point in late November 2013, many experts have cautioned about the Bitcoin bubble. I think this is very akin to the 17th century’s tulip mania that was also a big bubble. This article gives a very good explanation of the bubbly Bitcoin.

I have also dug around for other sources of information about Bitcoin and compiled this into a document that is shared here.

My take on Bitcoin:

It is good and cheap a system for moving lots of money across international boarders and do so in minutes. But I will not speculate on it. If I own any (which I don’t), I will sell them fast before the bubble busts.

Updated (Dec 18, 2013):  The China government has decided to curb the speculative trading and impending bubble of bitcoin. It s central bank has ordered financial institutions in China not to provide Bitcoin-related services and products and cautioned against its potential use in money-laundering. The value of bitcoin tumbled 60% from its highest level.

This site uses Akismet to reduce spam. Learn how your comment data is processed.